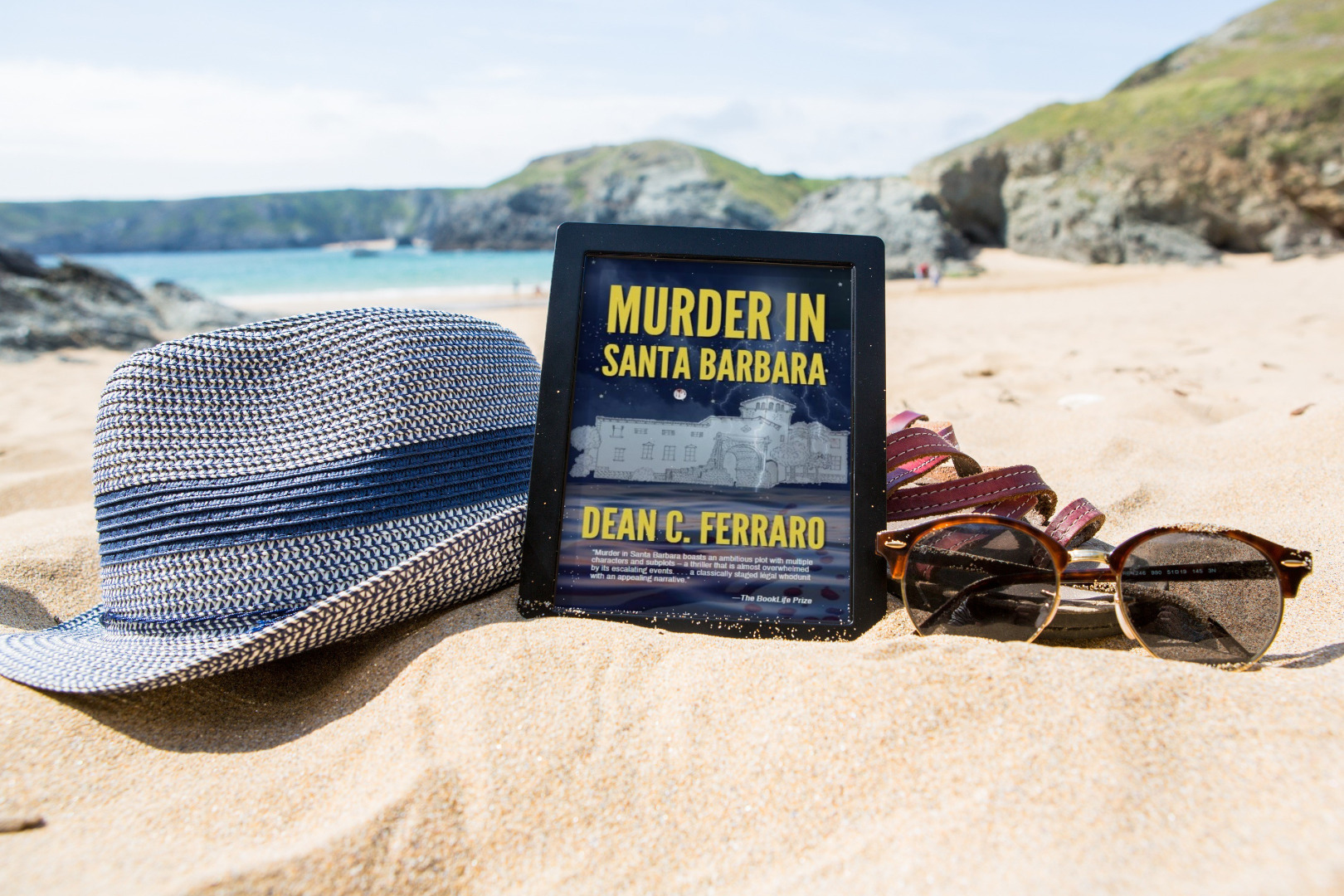 Dean C. Ferraro lives at the foot of the majestic Rocky Mountains in Colorado with his wife and their two amazing children.

Dean earned his Bachelor's Degree from California State Polytechnic University, Pomona ("Cal Poly Pomona") and his J.D. Degree from the University of Mississippi School of Law ("Ole Miss"). He is licensed to practice law in multiple states.

Dean is a former Assistant District Attorney, where he worked several years as one of the top prosecuting attorneys in the state of Tennessee. As a prosecutor, he tried countless cases, including seven first degree murder trials all resulting in convictions.

Dean also was the founding member and CEO of a successful, online law group for more than twelve years that helped thousands of people get affordable legal services. Today, in addition to practicing law, he dedicates much of his time pursuing his lifelong passion of writing.

Dean's second novel in the Joshua Rizzetti legal thriller series, Murder in Vail, is now available for purchase. He is currently working on book #3 of the series, The Grove Conspiracy.

Inspiration Can Come From Anywhere or Anyone!

If you haven’t seen it, it’s a show about a father, his son and his daughter, who move from Australia to New Zealand, after the passing of his wife. In an effort to start over, they move to a town where the father vacationed as a child.

It has a classic theme of family, relationships, friendships, loss, humor and life lessons. What makes it unique is that the father is a columnist, who writes a column in which he always uses exactly eight hundred words.

As one might expect, the inspiration for his columns comes from events, lessons, relationships and the everyday trials and errors in his life. But it is in the calm, relaxed setting of sitting in front of his computer, with his retrospective on life, that his articles come to life.

Prior to the year 2020, I never would have thought that I ever would be watching a television show from New Zealand. Totally unexpected, yet inspirational!

Funny thing, is that in a year of the unexpected, it is the unexpected that has brought me the most inspiration. Is it coincidental that the year 2020 has given me a 20/20 perspective on life? How so, you ask? Well, let me quickly take you back thirty years, when my initial inspiration to become a writer began. . . and soon thereafter, ended.

My first inspiration to become a writer was sparked by a television show I watched when I was in college. For those of you old enough to remember, it came from the T.V. show Doogie Howser M.D. A child prodigy and genius, Doogie, the title character, graduated from high school in nine weeks, graduated from Princeton University at age ten, and became a physician at the age of fourteen. Surprisingly, it was not his significant accomplishments at such a remarkably young age that inspired me.

What inspired me was at the conclusion of each episode. Typically, each episode would end with Doogie making an entry into his computer, making observations about the circumstances and situations he had experienced in that episode, and the lessons he learned. So inspired, I too would make an entry into my computer each evening, expressing my take on life after the events of my day. It was then that I truly experienced the joy of writing.

Regrettably, my passion for writing got sidetracked when I decided to go to law school. Unfortunately, I ignored some of the signs in front of me, which in hindsight seem so clear. Most notably, when I was applying to law schools, an obvious sign hit me over the head, yet I was oblivious to it at the time!

After having written my essay for my law school applications, I had some friends proof read it, to give me feedback, before I submitted my applications. The response from every single one of them was a slight variation of the same message… “you shouldn’t go to law school, you should be a writer!” But with tunnel vision, and my sights set on law school, my writing career gathered dust on the back of the shelf like Woody after Buzz Lightyear first came into Andy’s life.

Better late than never, and twenty years later, sparked by the birth of my first child, my inspiration and passion to write was rekindled. It was then that I started my path to fulfill one of my life-long dreams… to write a legal thriller and best-selling novel. I set a goal to complete my book in eighteen months. Believe it or not, that time frame seemed realistic at the time. Boy, was I way off! Eighteen months later, I had written about twenty-something pages.

As before, life got in the way of my writing. One child became two, sleep became a distant memory, spare time became diaper changing time, and twenty years became thirty. My writing, once again, was a distant memory.

Meanwhile, a few years ago, when my daughter was in the third grade, she won a poetry contest and had her poem publish in a book. Yep, that’s right, my daughter was published at eight years old, while I continued to waste years not pursuing one of my biggest passions! It was then that she expressed her desire to become a writer someday. My response to her, “You are a writer, and you’re amazing!”